PACDEFF is the largest CRM, NTS and Aviation Human Factors Conference of its type in the world, with around 300 attendees generally attending pre-COVID. The forum is intended as a non-profit, non-partisan opportunity for Human Factors practitioners to meet and discuss contemporary issues in the Human Factors field, with an emphasis on airline training.

2022 was a hugely successful event with a large in-person attendance and a large contingent of ‘virtual’ attendees. We look forward to the 2023 event being even better. 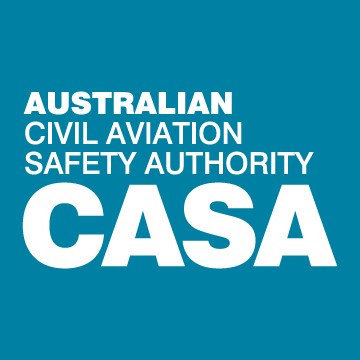 The conference will comprise of two days of presentations on CRM, NTS, Aviation Human Factors, and Aviation Psychology. Presentations will include several keynote addresses on Day 1 and some optional workshops on Day 2.

Please also note that the call for speakers will officially open in early 2023. However, please feel free to email us with an overview of your presentation, or to submit a full abstract.

Registration for PACDEFF 2023 opens on the 1st of March 2023. Please select the Registration button on the Top Menu to take you to the Trybooking site once registrations are open.

To facilitate opportunities for networking and the exchange of ideas outside the conference proper, two informal social events are planned. These include a free welcome drinks session, and a conference dinner.

Please note the welcome event on the evening of 11 September will be sponsored by Southpac Aerospace.

We always appreciate the amazing contribution our sponsors make to flight safety and look forward to sharing the 2023 sponsors as they come on board.

Gail Iles, PhD, is currently a faculty member of the physics department at RMIT University in Australia. Her research focusses on the uses of radiation as both a characterisation tool and in its interactions with spacecraft and astronauts.
In the US she is a member of the NASA Human Research Program Working Group as a specialist for radiation and in Australia she is a member of the Australian Space Agency ‘Life Sciences and Space Medicine’ Technical Advisory Group.
From 2007 to 2011 she worked for the European Space Agency first as a post-doctoral researcher, conducting experiments in microgravity on the Novespace A300, and then as an ISS Expedition crew trainer at the European Astronaut Centre.
She has extensive time spent experimenting in microgravity, having amassed over 500 parabolas on board the ESA parabolic flight program including moon and Mars gravity. She has been Principal Investigator on the nanoparticle agglomeration device, operating the device in microgravity, and acting as a stand-in operator for other condensed matter experiments. An applicant to the ESA astronaut selections in 2008 and 2021, she has experience in survival in extreme environments including desert, jungle, glacier and altitude. She is a certified open-water diver and has recently obtained her flying wings as a private pilot. She is also an award-winning STEM ambassador, receiving the WISE (Women in Science & Engineering) in the UK in 2010 and a frequent public speaker in national media outlets and outreach events.

Professor Rhona Flin – Emeritus Professor at the University of Aberdeen and Professor of Industrial Psychology at Robert Gordon University.

Dr Mike Walker has been a transport safety investigator with the Australian Transport Safety Bureau and its predecessor (Bureau of Air Safety Investigation) since 1995, also serving as an investigations team manager since 2010 and an investigations branch director since 2020. His primary role has been investigating human and organisational factors, and he has played a lead role of several of the ATSB’s high-profile systemic investigations. Mike has also been actively involved in developing and teaching analysis and other investigation methods at the ATSB. He has a Ph.D., Masters, and Honours degrees in psychology / human factors.